Which keyboard do you have?

If it’s a mechanical keyboard, which switches do you have?

Would you recommend it? Why?

What will your next keyboard be?

The CODE-104 mechanical keyboard with Brown switches, slightly customised by me to have the control buttons not have labels and only colors. Helps me keep my sanity.

It’s a pretty mediocre keyboard though. And it’s supposedly using Brown switches but is still very loud. The Logitech G610 Orion Brown that I have on my Win10 gaming PC is much quieter.

I will definitely be looking to replace the CODE keyboard Soon™. Thought about the ErgoDox but not sure I’ll have the patience to build new habits. I am open to suggestions about a 104-keyed mechanical keyboard which is very quiet if anybody has them.

I’m using a Logitech G910 at home. Its the Orion Spectrum variant with its default keycaps. 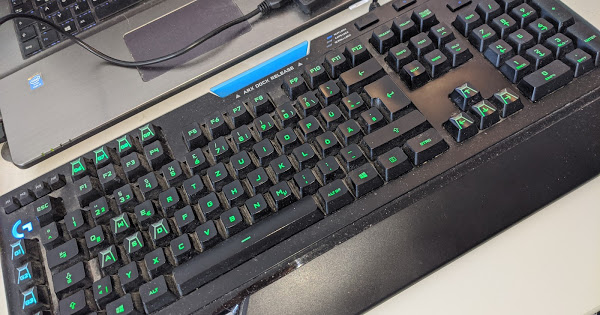 The soud often annoys my wife and kids, though I consider it a lot quiter than the Cherrys with MX blue/brown* at the office.

* As I use my workstation solely for development, while some of my co workers do also gaming in the pauses/after work, individual switches of the keyboard have been swapped, so it has a mix of blue and brown switches, and I do not know for sure which keys have which switches…

I use the Corsair K95 RGB Keyboard (not the Platinum version, which is oh so much worse for I-have-no-clue-reason…): 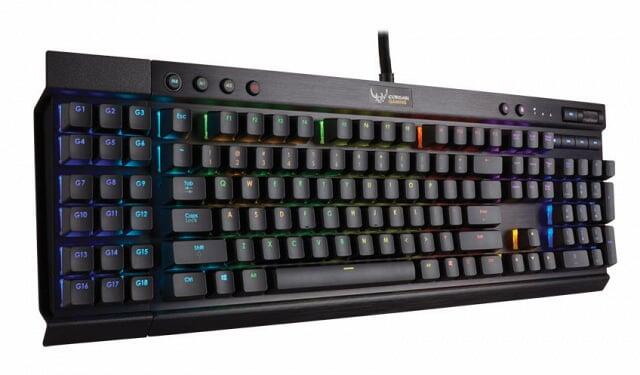 I’m using the stock mechanical switches, Cherry MX Red’s I think. I love this thing even to this day! It has 18 extra macro keys (and a few others up top), and the community software for it on linux is the most powerful I’ve seen of any keyboard anywhere. And unlike all the Razer stuff I’ve had that breaks within a year this thing has last 5 years now without nary the sign of an issue. I whole heartedly recommend this thing! My wife has one of her own as well and also adores it.

It has a satisfying clack of the switches (not overload loud but definitely not quiet, could replace them if you really want). It’s very solid, a lot of metal in it. And yes, ever key has it’s own color LED that can be individual (the linux community software exposes it as like a small ‘image’ file, that you can write other programs for like little ‘shader’-style programs to operate on them based on whatever you want, and it comes with a lot from various background effects to reactions of keys and sound listeners to it’s fairly easy to make to your own too).

Yeah, fully lid and RGB customisable, its the same for my G910. Though I really do not like those “underglow” effect that many switches have. The Orion switches are about the only ones that make this underglow impossible due to the way the switches are designed (see below).

Also after years of absense, linux support through third party got a lot better.

Until last christmas I used a tool that was only capable of static coloring, and changing the full keyboards color took “forever”, as I had to start that program in a loop and set each keys color individually. Don’t even remember anymore how that was named…

The new tool can load full profiles at once, and even run lua scripts that do animated effects. I wasn’t able up until now though, to actually make it find the effects on my nixOS

Also sometimes its still a bit buggy and I need to switch profiles twice. Currently G1 through G5 are blue/green, as I have recently rebooted and during that time a rainbow wave animation is played. The color of those keys is from the last frame of that animation, as profile switching isn’t done properly. If I switch again to the full-green profile, then it will just work. Though I do not care enough at the moment

The photo below shows why the Orions can not underglow: 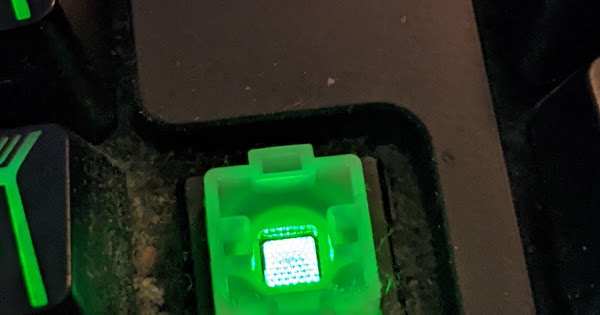 I actually quite like the underglow, I think that’s a purposeful effect in many cases to make keys differentiated. ^.^;

I might be in the minority here, but I personally really like the flat scissor keys, because they require less force (and less distance) to press. (And they usually are also more quiet).
For those who don’t know what that looks like:

I used an ErgoDox Ez for years and loved it but my RSI is getting worse and the model I had did not have replaceable keys, thus I had to sell it as it was too hard to push the keys down. I use a logi ergo K860 now and its good enough for now. 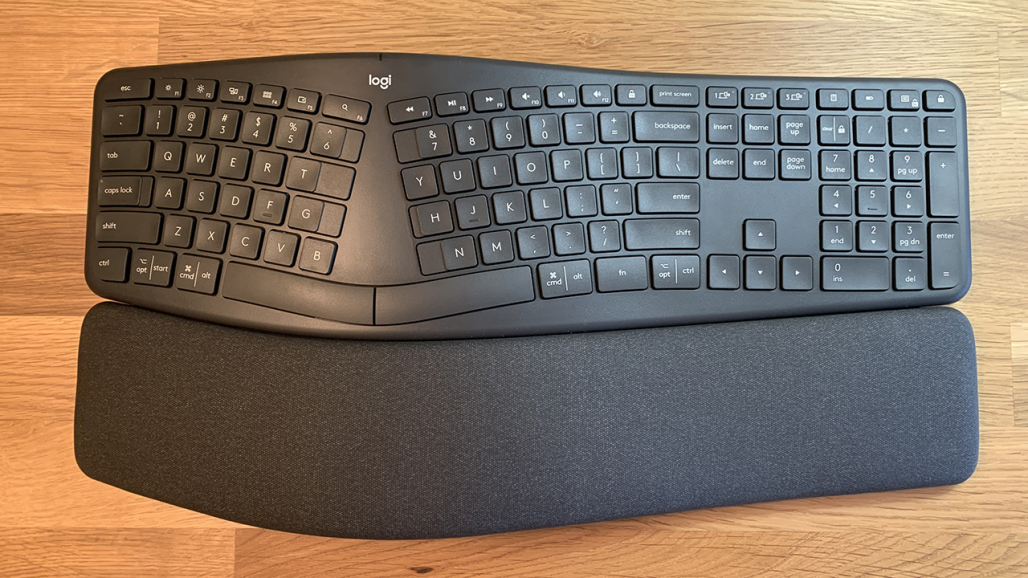 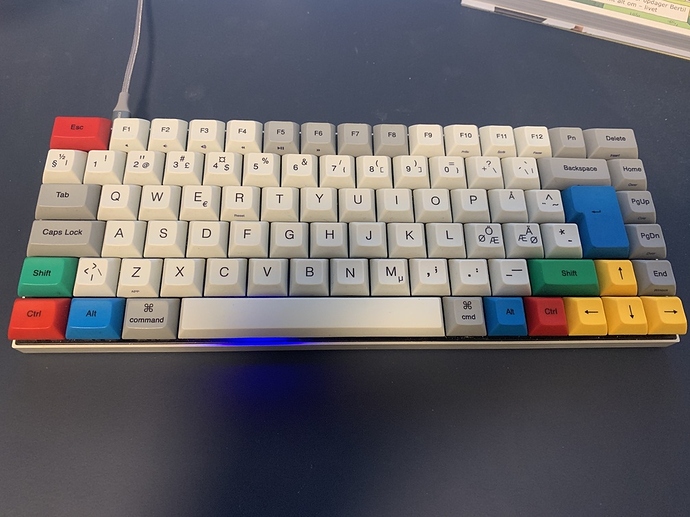 I’ve been thinking about getting new keycaps for it, just to spice things up.

Overall, I prefer the Minidox, but the caps and springs on the Planck are better, so at some point I’d like to build another Minidox with that setup.

My layout is a Colemak mod with layers (home row mods, home row arrows, home row numbers, etc.). It can be viewed on QMK master. I use the same layout on both boards (the Planck is set up in a wide mod to match the Minidox—center columns and extra corner keys are unused).

You can read more of my writing about alt layouts in this gist.

You can read more of my writing about alt layouts in this gist.

You should post that in a dedicated thread Dusty! That’s exactly the sort of content that we built our trending lists for

It’s got me wondering whether we should also offer a ‘Hot in the past three years’ option too - because information like that is pretty timeless!!

If you fancy it, this or this are good sections for it - all it needs is a title, a short description or quote… and the link. 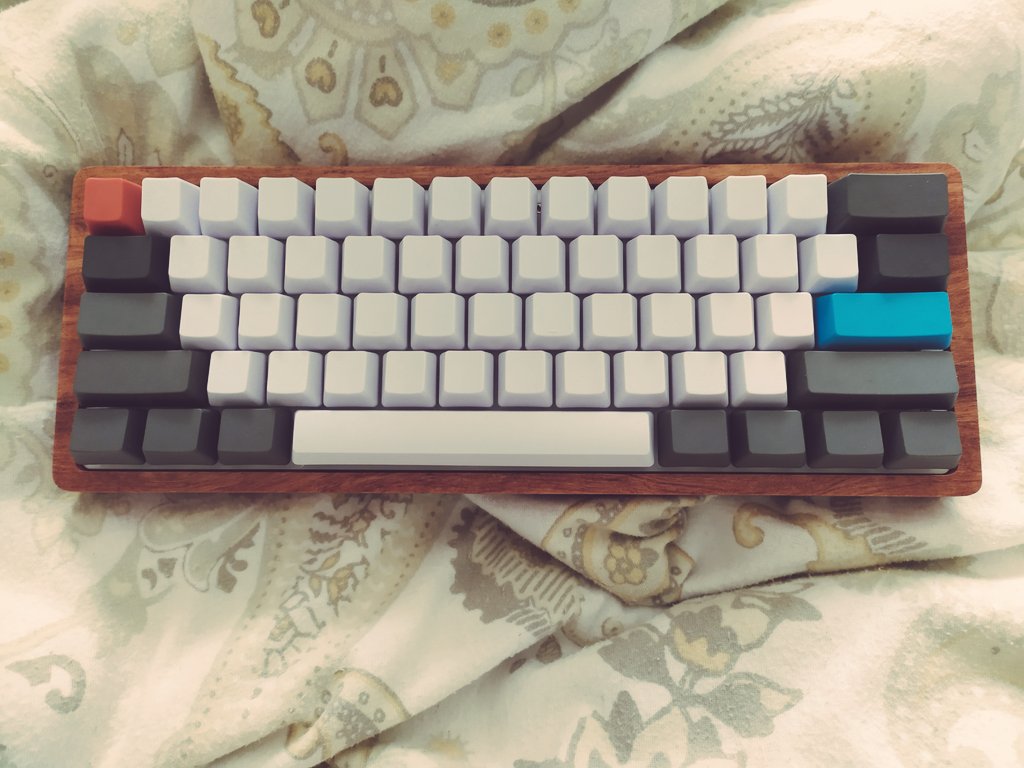 and looking into the Minidox now after Dustys post

Mine’s just a Logitech K840. Very basic, but considering that I only paid $50 for it a couple of years ago I think I got a good deal.

I think my next one will be a Unicomp unless I can get my hands on a Sun Microsystems Type 6 keyboard with a dedicated Cömpose key. 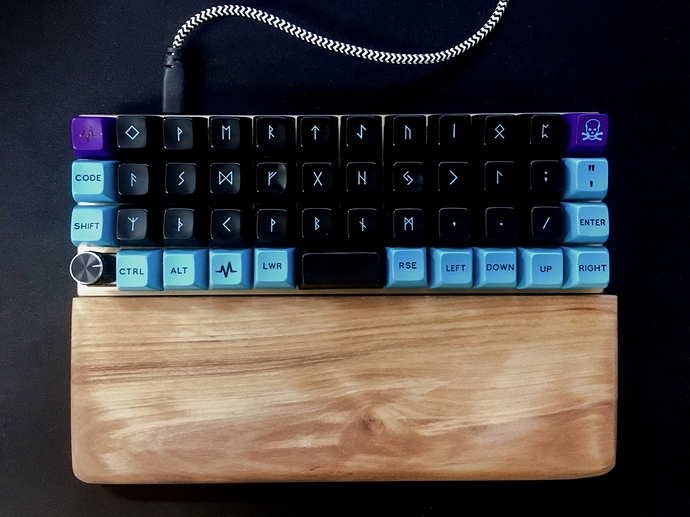 That looks straight out of science fiction. I wonder how long does one adapt to this device and how productive can one be with it?

That’s amazing! Where did you get those Futhark keycaps?

There is definitely some adaptation time. Having said that, after 2 years on a 36-key layout, I can’t imagine going back, and I’m more productive than I’ve ever been. For example, having all 4 modifiers on home row means you never have to move your hand for keybindings, no matter how complex they are. Same with numbers or Fkeys. It’s life changing.

I’ll admit, it requires a certain “all-in” attitude. Back and forth between sub-40% ortholinear and standard row-staggered boards is not a recipe for happiness.

That’s MiTo SA Pulse. Same designer as the Godspeed keycaps on my Planck above.

Does anyone know if there are scissor-keyboards with replaceable keycaps around?

I really love these custom keycap designs, but I strongly prefer scissor-keys over mechanical ones.