Here’s our thread for the Keyboardio Atreus. It is a mechanical keyboard based on and a slight update of the original Atreus (Keyboardio worked with Phil Hagelberg who is the creator of the original Atreus) and it’s proven pretty popular, in part because of it’s sleek design and in part because it is more affordable than many other mechanical keyboards of similar quality.

Until you see an Atreus in person, it's hard to comprehend just how compact it is. But don't let that tiny package fool you. This is a real mechanical keyboard, with full-travel keyswitches mounted in an anodized aluminum plate and the same generous... 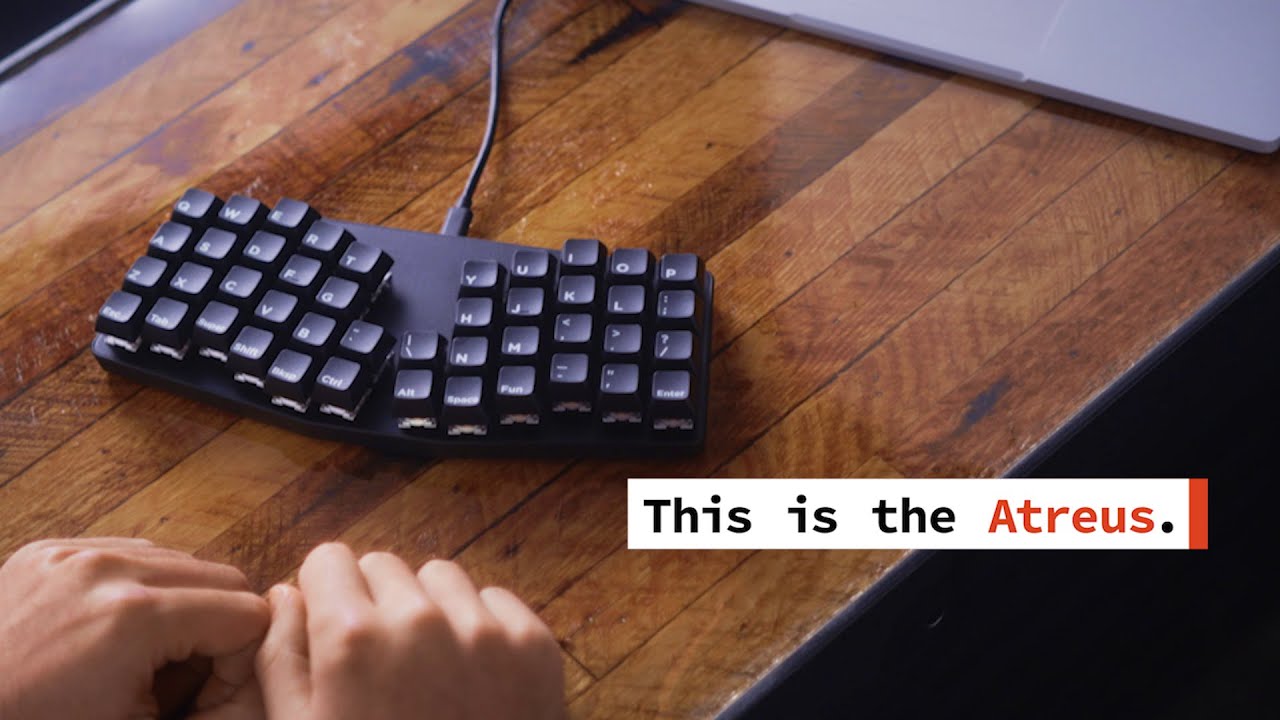 2 Likes
Planck vs Preonic vs Subatomic (Keyboards)
What is the Best Laptop to develop with a Linux OS?
Moonlander Keyboard (Mechanical) (Ergonomic) (Split) (Ortholinear)
foxtrottwist 10 November 2020 17:02 #2

My Experience with The Keyboadio Atreus

The Keyboardio Atreus represents a number of firsts for me. My first mechanical keyboard. The first time using an ergonomic keyboard. And one with a columnar layout (all the keys in columns aligned to your fingers) no less. The first time using an alternative alpha-numeric layout to qwerty (Colemak mod-DHm). And the first time using a keyboard that allows for near total customization by changing the firmware on the device. This includes adding macros and other shortcuts, one shot modifiers, multifunction keys and layers.

Those are a lot of changes all at once. Perhaps to my detriment. That being said, the experience has been great!

The Atreus measures just 24.3 x 10 x 2.8cm (9.6 x 3.9 x 1.1 inches). Despite knowing this and even after printing out a scale papercraft version before receiving it, the Atreus was still surprisingly small once I held it in my hands. But let there be no doubt, it is one of the most comfortable and user friendly keyboards I have ever used. And for someone who has never been a good typist, the columnar layout and minimal amount of keys have made it a joy for me to type on.

I personally appreciate not having a number row or an extra column for my small fingers to try and hit. Having fewer keys certainly is a trade-off. However, I feel it has the benefit of added confidence that when you reach for a particular key, you will hit the correct one. In addition it has motivated me to embrace the use of layers, which I believe is a definite win.

Kaliediscope is the open source firmware that runs on the keyboard itself. It provides all the programmable functionality mentioned above. You can take this functinality with you from computer to computer. Just plug in your keyboard and your layout, macros and shorcuts are right there for use. Chrysalis is the desktop application used to configure Kaliediscope. If you are familiar with QMK, know that Kaliediscope is very similar. It has a few tricks up its sleeve that QMK doesn’t and vice versa, though its community is much smaller. Also note that QMK supports the Keyboardio Atreus if that is something that interest you.

One advantage that Kaliediscope has is that when using Chrysalis, you can change your layout without flashing a new custom firmware. Many options are available to you via Chrysalis, but not all. If you want to make more meaningful changes, including adding macros, ultimately you will have to build custom firmware and flash your board. You can do this in addition to using Chrysalis. This is nice as it allows for handling the more mundane changes with Chrysalis even after making some more complicated adjustments.

I have not yet built my own custom firmware. Though, I am at the point where I must do so in order to support some of the functionality I would like. Keyboardio is hard at work improving Chrysalis. In the future it may be less necessary to build custom firmware in some cases, allowing users to just use Chrysalis if they are less inclined to dig into the complexities of building their own firmware.

As stated at the outset, this has been a great experience. I’m still getting used to the Atreus and I have recently received a ZSA Moonlander that runs QMK. So expect an update on my experiences with the Atreus and a comparison to the Moonlander.

A big thanks to @AstonJ for encouraging me to post about my experience with this great keyboard!

Thanks for posting this thread and for sharing your thoughts about it @foxtrottwist! 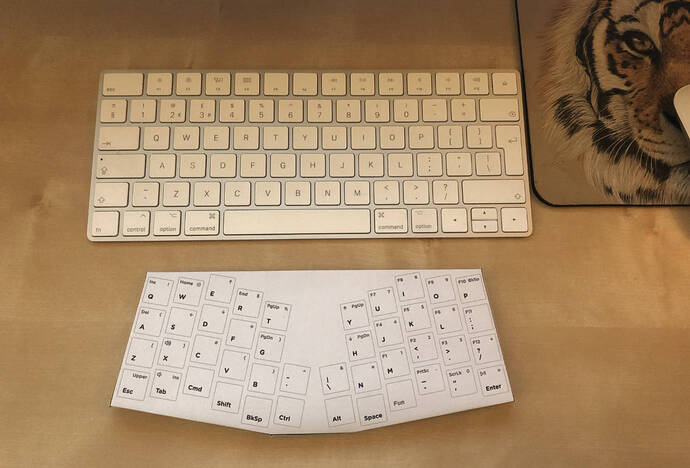 It’s tiny! And comparing it to your moonlander here: 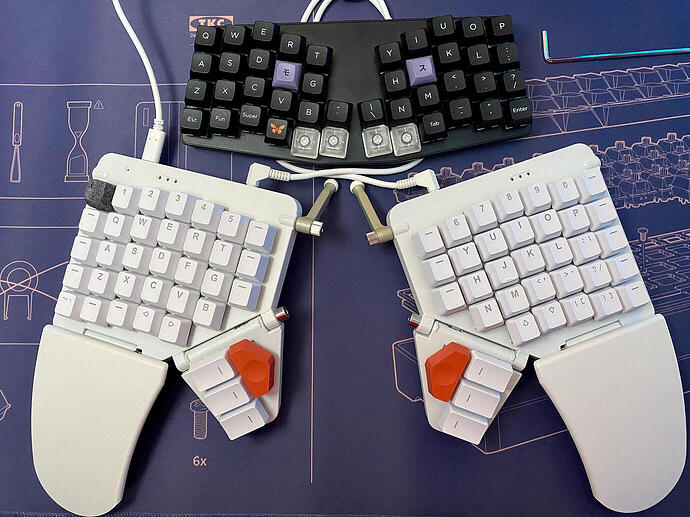 Thanks again for posting your thoughts, I am sure it will help lots of people… the only thing missing is some pics, haha!

This is the photo I mentioned previously @foxtrottwist, a prototype of the Atreus which I think looks pretty awesome! Why didn’t they just make them like this? Or could this be a version 2? I reckon they would sell lots if they they do a run like this!

Last sunny Saturday, there was the biggest keyboard mee…

(A photos thread for a mechanical keyboard meetup in Tokyo)

The atreus is a nice keyboard and that prototype looks way nicer. I would even be tempted to buy one of those myself

It’s interesting that the note indicates that Jesse (the Keyboardio founder) was not happy with the enclosure. Though if you look at the Model 01 from Keyboardio it uses wood as a part of the enclosure. 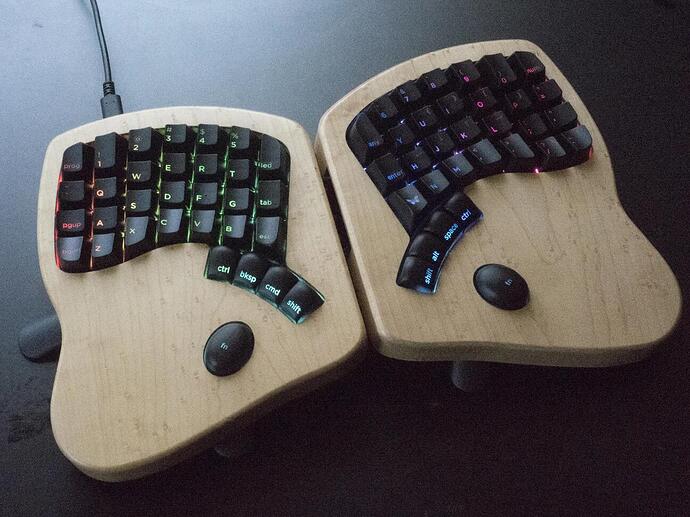 You can even purchase an palmrest for the Atreus that is walnut and gives it a similar look. 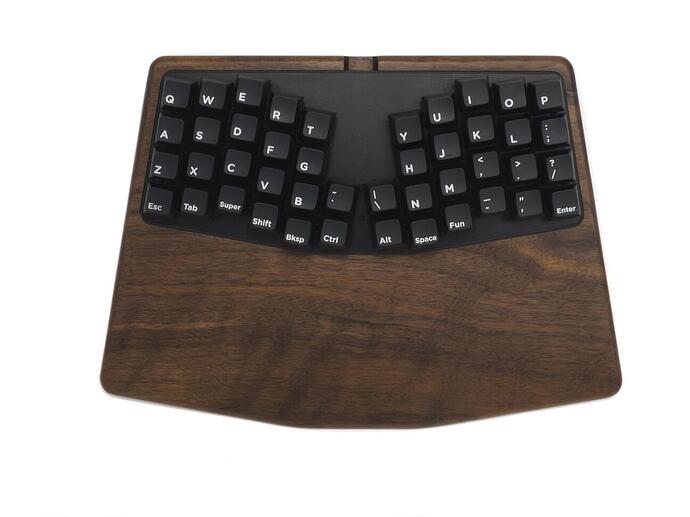 Interestingly most of the boards that Phil Hagelberg has made himself seem to be made from wood. At least the ones I’ve seen. 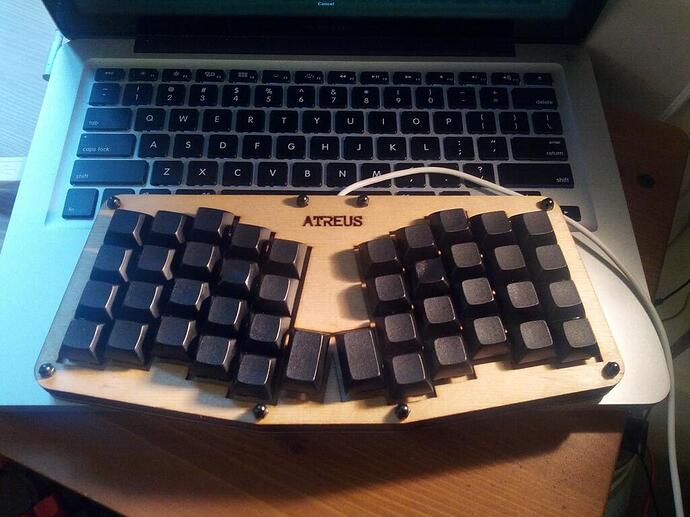