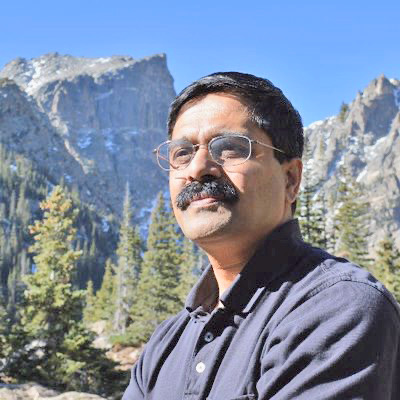 How do you grow a successful career as a software developer while simultaneously authoring top-selling tech books, training the next generation of programmers, traveling the world as a consultant and starting up your own tech conference?

Find out how PragProg author Venkat Subramaniam achieved all of this and more. Learn the secret of his success, get inspired, and then supercharge your own career path. 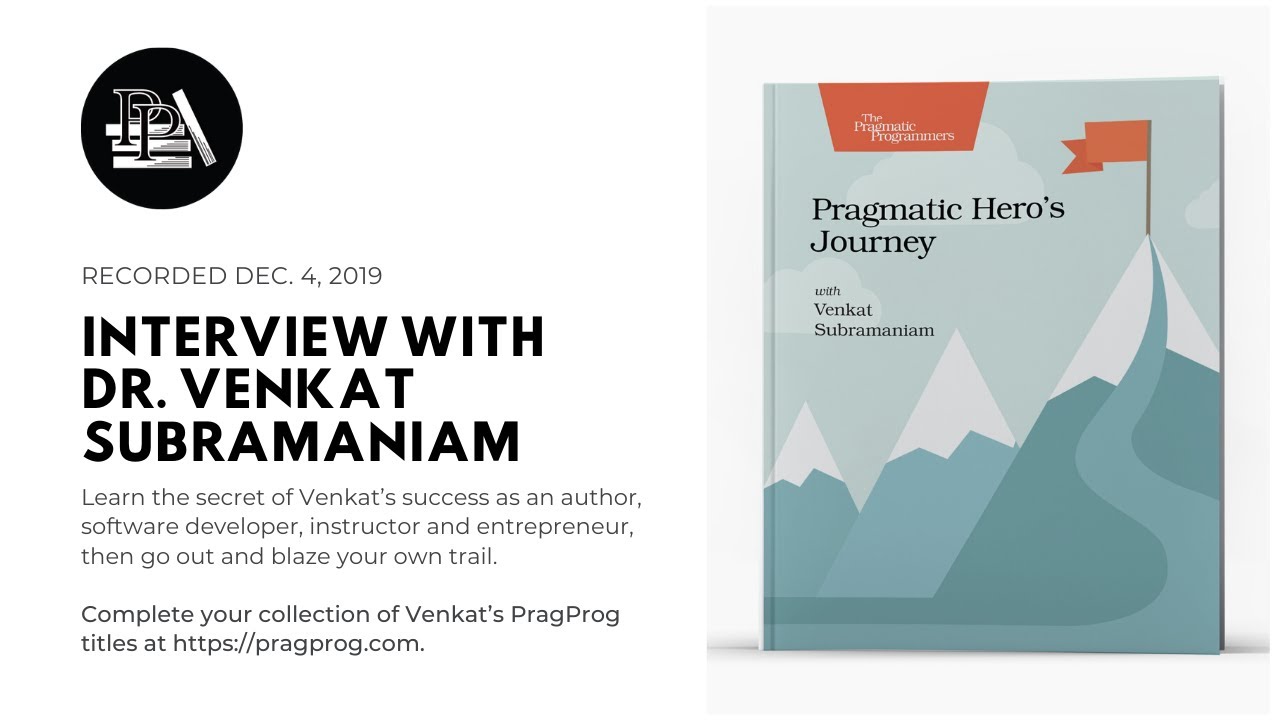 We’re giving away one of Venkat’s books to one lucky winner! Simply post a comment or a question in his AMA below, and the Devtalk bot will randomly pick a winner at a time of the author’s choosing … then automatically update this thread with the results!

For those who prefer to read rather than listen here are the highlights from the interview.

For Venkat, it all started with what he calls the “journey of reading.” “You always have this fascination for not just the subject matter that you’re reading about but the author behind it,” explains Venkat.

Even though he’d always had “admiration for someone who would invest their time in writing a book,” he never thought he’d actually write a book himself. That is, until he did.

After joining the speaker circuit, Venkat was learning about and presenting on technology. At the same time, he was surrounded by the authors who everybody was talking about.

And then inspiration struck.

Immediately after sending an abstract to a user group, Venkat found himself wondering why he wouldn’t just write a book about the topic instead. After a bit of research, he discovered there weren’t any books on the topic yet. So, he set to work writing the book, and, two weeks later, he had the completed manuscript. As Venkat says, "I just could not get the thought out of my mind.”

And that drive to write his first book was the same force behind his most recent book, Programming Kotlin. As Venkat puts it, “The reason I want to write a book is not because I want to sell a book, but it’s because I have a story to tell.”

Even before Venkat’s first book was through production, inspiration struck for his second book, Practices of an Agile Developer.

Once again, Venkat had the first draft completed within two weeks, and then he rewrote the book a few more times while traveling back and forth overseas. “Saying [the first draft] was rough around the edges,” laughs Venkat, “is an insult to the edges.”

In Venkat’s opinion, it takes “courage, tenacity, and patience” to write a book. “I don’t want to just publish a book,” Venkat explains, “I want to publish an excellent book … It’s the responsibility of an author to never slack.”

And Venkat certainly practices what he preaches, having deleted a chapter in a recent book four times only to rewrite every single word.

For Venkat, coming up with a great example is the single biggest challenge. Sometimes he’s 90% done with a chapter when he thinks, “Oh my gosh, there’s a much better example that would provide this journey much better for the reader.” And that’s precisely when Venkat says authors have to have the courage to start all over, because there’s simply no other way forward.

Venkat is an author, a professor, a business owner, a public speaker, and now he’s also launching his own conference, dev.next. But with so many feathers in his cap, Venkat is reluctant to pin all of his success on a single facet of his career.

“I don’t think one leads to the other as an endpoint,” explains Venkat. “It is a continuous feedback loop … Writing books inspires you to learn topics, give talks, and learn about the next thing.”

Any publisher would be ecstatic to have Venkat as their author — and Pragmatic certainly is. From Rediscovering JavaScript and Test-Driving JavaScript Applications to Pragmatic Scala and Functional Programming in Java, Venkat has covered a lot of ground with us.

For Venkat, it’s our tooling, our support and the ability we give authors to be deeply involved with the entire process that keeps him coming back.

“Other publishers put me in the dark and they say, ‘We got this.’ No you don’t ‘got this,’” says Venkat. “I need to look at this. I need to be involved.” And that’s exactly what publishing with Pragmatic gives him.

We know our readers love, appreciate, and can’t get enough of Venkat’s work. So when he says, “Pragmatic Programmers isn’t a publisher. It’s a family for me now,” we couldn’t be more proud.

Now that you know his story, complete your collection of Venkat’s PragProg titles today! Don’t forget you can get 35% off with the coupon code devtalk.com!

We’re now opening up the thread for your questions! Ask Venkat anything! Please keep it clean and don’t forget by participating you automatically enter the competition to win one of Venkat’s eBooks!

Great conversation, I really enjoyed the stories. The pitch to Dave was hilarious.

For people that english is not their first language. How to overcome the difficulty of starting to write books in English?

Any tips in the form of techniques or tools that you would recommend to accomplish start writing in English?

If you read books about writing and you would recommend any, that would be appreciated also.

A good development editor can help in this area. Not being a native English speaker myself, my writing needed a lot more editing for my early books in comparison to more recent books.

Several people have advised me to write in short sentences and in active voice. That has helped over the years as well.

Reading good technical books also helps. I often pause to appreciate the writing style, as much as the technical contents.

One book that helped me the most is “On Writing Well” by William Zinsser. Having read it a few times, I recommend this book highly for anyone interested in writing.

Thank you @venkats. I have thoroughly enjoyed your books over the years.

I’ve noticed that the covers of your books tend to be quite colorful and feature real-world objects.

(The cover of the first edition of Programming Scala, with the colored pencils, is my favorite.)

Do you propose the themes for the book covers, or otherwise have a lot of influence?

The authors and the development editors along with a few other folks collaborate to pick the covers. For some books we work off a few suggestions from the production team. For a few books, we (the author and development editor) draw inspiration from a theme and look for covers that relate to it.

Being a prolific author, beyond the technical understanding of peculiar language/framework, how do you get inspired to write down an entire book?

Many times happens that everything looks written or resolved, how do you see a path/strategy to write down and make a beneficial book for the audience.

There are at least three parts in each book: the concepts/technology, your way of explaining, your stories. The first is covered to various depth and breath by different books. The second and the third are your own.

Your way of explaining is different from those of others and can help your audience learn better. It may provide a layer of refinement to what they may already know and that is highly helpful for their journey.

Your stories, your experiences are your own. These are often the things that excite me when reading a book or listening to a talk at a conference. I want to learn from a piece of experience that the speaker or the author has had.

What motivates me is knowing that I can bring a different way to explain and that I have a different set of stories to share, Constructive feedback from past readers also helps to motivate to continue to write.

@andresriveros Venkat’s advice is spot on! Active voice, short sentences, subject + verb + object. I would add that one of the trickiest parts of English is to get articles right (a, an, the). Writing tends to sound non-native when articles are accidentally left out. I recently did some scoring of admission test essays for ESL students. The essays that scored highest also had a good grasp of idioms and humor in English. Also ditto on the advice about learning as you go along with help from a good developmental editor.