The story of Apple CEO Steve Jobs is one of the most familiar in American business — shaggy Bob-Dylan-loving kid starts a computer company in a Silicon Valley garage and changes the world. But like any compelling story, it has its dark moments. Before the iPad or the iPhone, Jobs, then the head of the short-lived NeXT Computer, sat down with Rolling Stone‘s Jeff Goodell. It was 1994, Jobs had long ago been booted from Apple, the internet was still the province of geeks and academics, and the personal computer revolution looked like it might be over. But even at one of the low points in his career, Jobs still had confidence in the limitless potential of personal computing. Read on to get Jobs’ prescient take on PDAs and object-oriented software, as well as his relationship with Bill Gates and why he wanted the internet in his den, but not living room. Steve Jobs died of pancreatic cancer at the age of 56 on October 5th, 2011. 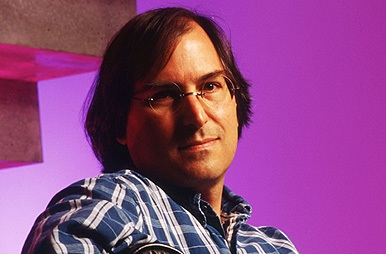 Even at one of the low points in his career, Jobs still had confidence in the limitless potential of personal computing