Did you manage to avoid covid19?

Despite being on daily commute for 2 years and vaccinating very late, I just dodged it.

Even though we have been in quarantine easter '21 and during Oct '21 as my daughter and my wife got it respectively, I dodged it (despite still having close contact to the infected).

I had basicall no symptoms except for being extremely tired and exhausted at April, 5th. My wife asked me to do a self test because I looked very pale. After the positive selftest, I arranged a PCR, as I required a confirmation of quarantine which I only get with a PCR, not with a self test.

That’s super interesting and I have to say I found it remarkable that despite a number of your family members getting it on multiple occasions (and you even nursing your daughter when she was poorly with it) you managed to avoid it! Perhaps you had a ‘better’ natural immunity?

It’s a shame they didn’t seek out people who appeared to have a natural immunity against it - I believe they have done that with HIV and many of the treatments today were thanks to a lot of that research.

Hope you continue to get well speedily!

A good friend of mine (younger than me, sporty) got the bug. He was completely sick for 3 weeks, then started to work again 50%. Still very tired, don’t know how long it’ll take to recover.

Stay careful, it can happen to everyone.

You might have had it before as well. A lot of people got infected but showed no symptoms at all (but were still vectors to spread it to others), and it is remarkably easy to get reinfected, especially with a different strain even sooner, and just because you had no symptoms on a prior infection doesn’t seem to have any bearing whether you will or not on a later one.

I’m still fully vaccinated up, yet I got Covid for a third time now! Finally over it. This was easily the worst one. My little one keeps bringing it from school yet she is barely affected by it. ^.^;

Couple weeks off of work though, my work forces me away while I have positive tests then for a few days after a negative test too.

Ah no, not again! I thought you were off with half-term didn’t know you got covid again - wonder what the stats are on number of times people have had it?

) and then on the walk I bumped into a guy who just got a puppy and she was jumping all over me, again I didn’t have the heart to tell her not to she was too cute and is her owner’s first dog (though in fairness she wasn’t that bad, but obviously no contact is better than some contact). I did agree with her owner when he said not everyone likes dogs jumping up on them tho

My little one keeps bringing it from school yet she is barely affected by it. ^.^;

Amazing how it doesn’t affect them as much - wonder if their immune systems fight it off or it just behaves like a transient bug?

It seems most people get it without ever knowing they had it, the people that get symptoms are more rare, and the symptoms can be quite varied on different people and different infections of the same person. I had 3 different variants of covid, and they were all definitely quite different in effect on me as well.

Amazing how it doesn’t affect them as much - wonder if their immune systems fight it off or it just behaves like a transient bug?

Seems to be fairly random, even a single person can have no effect one infection and then debilitated on another infection, it quite sucks, lol.

Seems to be fairly random, even a single person can have no effect one infection and then debilitated on another infection, it quite sucks, lol.

I’ve heard a few people say now that the first time they got it it didn’t feel like much at all, but the second time knocked them for six!

I guess if you work with people or have young children then you’re almost certainly going to pick it up. There’s flu going around atm - my neighbour has a temperature atm, picked up from his son who picked it up from school

(It’s not covid as they tested for it)

I had 3 different variants of covid, and they were all definitely quite different in effect on me as well.

How did the symptoms vary?

How did the symptoms vary?

Muscle pain was universal on them all. Third one was only one where I had a fever. Third one had fairly little respiratory stuff though (still definitely there). First and second respiratory was hell (but I’m more used to that because allergies). Taste change on first but not second or third. Third one had a weird smell of burning electronics everywhere for me, first and second didn’t. There was something else on the second but don’t recall what it was off hand…

I hope someone is carrying out a study to track how symptoms vary on consecutive cases. Could provide clues as to how it’s impacting people…

First and second respiratory was hell…

Were the difficulties on inhaling or exhaling (or both)?

I remember this weird fever. idk if it’s coincidence that all of our family members (and me) got it and stayed for few weeks, if not months.

I’ve been lucky so far and not had it (or at least didn’t have ANY symptoms if I did). Everyone else in my house has had it though and we have all had the vaccinations. At this point, I have had both of the original vaccinations plus 2 boosters.

I really do think the vaccinations helped the rest of the family even when they had it. They all got over the symptoms fairly quickly. My wife had it the worst. Lost her taste and smell for weeks.

Well I thought I picked it up a week or so ago… I was out on my walks and bumped into a woman with her dogs, they came running over to me and she shouts out “they’re fine, they’ll just lick you to death” - and before I could say anything that’s what they started to do. I love dogs but I’ve been avoiding physical contact with stranger’s dogs since the start of the pandemic, I know only too well what they put in their mouths!

Anyway we were chatting for about 45 minutes and towards the end of the conversation the topic turns to vaccines. She said she had avoided covid since it started until just after her second jab (she got terrible vertigo with each one) and that was… two weeks ago!!! In my mind I was like arrgggh and you didn’t stop your dogs from licking me!

The day after I started to feel lethargic / sleepy and I am sure I could taste a metallic taste! The only other thing I could think of was the day before on my way back home one of my neighbours was out and when he saw me he gave me a big hug! He was a bit tipsy

I felt fine afterwards tho so I didn’t think it was him (I’m usually pretty good at noticing any changes in how I feel).

I carried out a home test anyway and it was negative, so I think what it really was was just me overdoing it in the heat - we had a bit of a heatwave and I was out in it everyday for about 6 hours.

…I’m looking forward to our next one now!

It seems many people who avoided the bug until now got it in this BA.5 summer-wave, it hit 6 of my friends if I counted right…
I still avoided it, but as my daughters kindergarten will start in a week, I doubt we will be lucky a lot longer. As a preparation, she got a booster shot and I got my second this weekend.

Yes, I’m double vaccinated + booster, still wearing a mask when shopping and I was never infected. I don’t wear a mask when meeting with friends I trust.

However, I think it is just a question of time until I will get infected now that the virus is easier to catch than in the past.

I carried out a home test anyway and it was negative, so I think what it really was was just me overdoing it in the heat - we had a bit of a heatwave and I was out in it everyday for about 6 hours.

The latest variant doesn’t show up well on tests though… ^.^;
It’s more virulent, less destructive thankfully, and harder to show up on tests, lol.

That’s interesting… it definitely did not feel like a flu (or even a cold) - so maybe it was that? I’d like to get a proper anti-body test one day to see if I have any antibodies floating around

I really don’t know how, but up until now I was able to avoid it even when many people around me got sick =x at least I haven’t had any symptons;

I haven’t ordered any new clothes since the pandemic started but needed some new t-shirts, so I ordered a few from Asos (as they offer free returns and I need to try on loads to find any I like) anyway, the day after trying some on I got a spot on my shoulder! I was cursing Asos!! Thankfully it didn’t develop into anything

I kept one pack of two but I should haven’t bothered! They are a nice fit but I didn’t notice they were 50% polyester!!! So totally not suitable for hiking (polyester makes you feel like you cannot cool down efficiently - cotton t-shirts are best for hiking in warm weather imo).

This is also interesting re polyester: 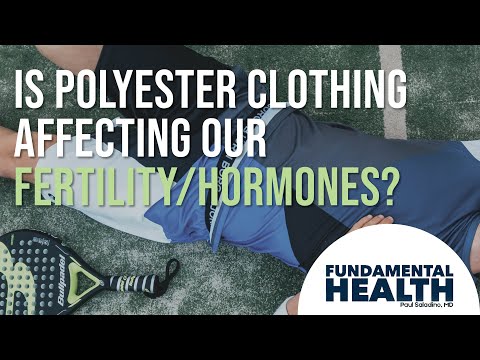