The so-called cryptocurrency, which was created by an unknown inventor, has risen about 72% this year.

Bitcoin and other cryptocurrencies are generated by computers. Part of its supposed value comes from the finite number that can be computed.

But regulators have warned that they are risky, since their value can change fast, both downwards and upwards. 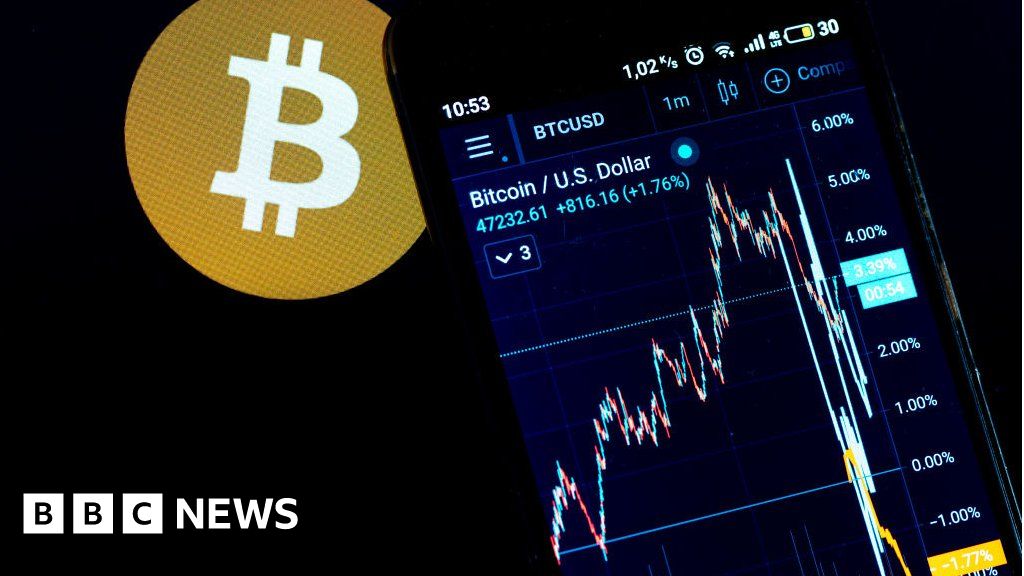 I have never seen the appeal tbh - anyone got any?

How much is yours worth now Dimi and what did you pay?

I think it may have been great for those who got it early on, but I can’t see why people would want to buy it now. But I’ve never been a gambling man

Oh, I never tried BTC. I am not that industrious or entrepreneurial.

I got some and still HODLing

How much have you got you ‘hodlr’

Well you can’t lend or borrow BTC because of the wild volatility so there’s no real banking possible, but I can see usefulness as a cross-border payments system or a store of wealth if you’re in a place with broken currency and/or financial institutions. So maybe if I were in Venezuela I’d love BTC?

Yeah - I imagine it might be less risky in some of those situations. I guess another potential use-case is where anonymity is important too - so for donations etc?

I remember one of my favourite DJ’s on Bassdrive(.com) often mentioned the problems they were facing in Venezuela. I hope he (and others there) are ok.

So, economy being economy ever since time immemorial?

The three, who are not in custody, are also accused of deploying malicious cryptocurrency programs.

The "military intelligence agents" are accused of targeting some of the world's biggest firms.

And the mystery around bitcoin’s origin/creator too. I can understand someone creating a site wanting to stay out of the headlines, but a currency is something else altogether…

I use it to receive donations and pay my vps. Government regulations on foreign currency is too heavy and converting ARS to USD costs me quite a lot of money.

I don’t think it’s very usable for day to day payments, but if you need to bypass stupid government restrictions, nothing beats it imho.

Doubling my savings these last 3 months was a nice bonus though.

A nice Dorgan! It’s good to hear about its practical uses

…but if you need to bypass stupid government restrictions, nothing beats it imho.

This document represents the first stage in the government’s consultative process with industry and stakeholders on the broader regulatory approach to cryptoassets and stablecoins. It seeks views on how the UK can ensure its regulatory framework is equipped to harness the benefits of new technologies, supporting innovation and competition, while mitigating risks to consumers and stability. Additionally, this document includes a call for evidence on investment and wholesale uses of cryptoassets, and the broader use of DLT in financial markets. The government invites views from a wide range of stakeholders, and particularly firms engaged in cryptoasset or DLT activities.

UK regulatory approach to cryptoassets and stablecoins: consultation and call...

A consultation on the government’s approach to cryptoasset regulation, with a focus on stablecoins; and call for evidence on investment and wholesale uses.

It’s possible, it’s always a cat and mouse game, but since no one actually owns the currency, tracking who paid who is still a challenge for them.
They can track exchanges or cloud wallets for instance, but I’m not so sure about peer to peer trading, and I’m not sure they would consider it worth it for low volume trading.

UK has quite a lot of freedom comparing it with many other countries, so even if they manage to enforce those regulations, I don’t expect them to be too much of a hassle(even if in principle I’m against it). That kind of country doesn’t seem to have the kind of restrictions that makes you want to actually use bitcoin. In that regard I guess most people buy bitcoin because the price always goes up and they want some quick money, not trading.

But countries with more restrictions to foreign trading and currencies are less likely to have the resources to enforce regulations on crypto currencies, even if they pass a law(pretty much all of Latin America). Their incompetence is what drives them to restrict foreign currencies so people don’t run away from their debased currency in the first place

It’s possible, it’s always a cat and mouse game, but since no one actually owns the currency, tracking who paid who is still a challenge for them.

They don’t care. They are VERY aware they don’t have a good paper-trail so they just need plausible circumstantial evidence that part of your income comes from cryptocurrencies. Even my backwater country – Bulgaria – is already starting to actively work on regulation.

Not saying the BTC heaven ends next month or even after 2 years. But I am saying that the writing is on the wall.

I hope you continue using it in this way so you don’t get screwed over by banks! But maybe it’s time to start looking around to diversify your cryptocurrency portfolio, I suppose.

I do that already with the top 10 alt coins, mainly to avoid getting hit too hard by the occasional increase on the trade fees(like in 2017, lessons learned). Also BAT from Brave rewards.
A good chunk is in btc though, it’s what most people use to donate and also some services like Namecheap accept it.

It’s possible, it’s always a cat and mouse game, but since no one actually owns the currency, tracking who paid who is still a challenge for them.

The UK now has UWOs - so for the largest cases (they probably don’t care so much about smaller transactions) they could probably find out through serving a UWO:

An unexplained wealth order (UWO) is a type of court order issued by a British court to compel the target to reveal the sources of their unexplained wealth.[1] UWOs were introduced by sections 1–2 of the Criminal Finances Act 2017 and are governed by sections 362A–362T of Part 8 of the Proceeds of Crime Act 2002. Persons who fail to account are liable to have assets seized after an enforcement authority, such as the National Crime Agency (NCA), makes a successful appeal to the High Court.