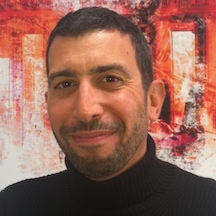 Ever wonder how authoring books compares to writing articles? More importantly, is making the switch from short-form to long-form worth the effort?

Discover how Paolo Perrotta went from writing short coding articles for programming magazines to authoring full-length technical books for The Pragmatic Bookshelf, and find out why he thinks that experience is not only rewarding but nothing short of mystical. 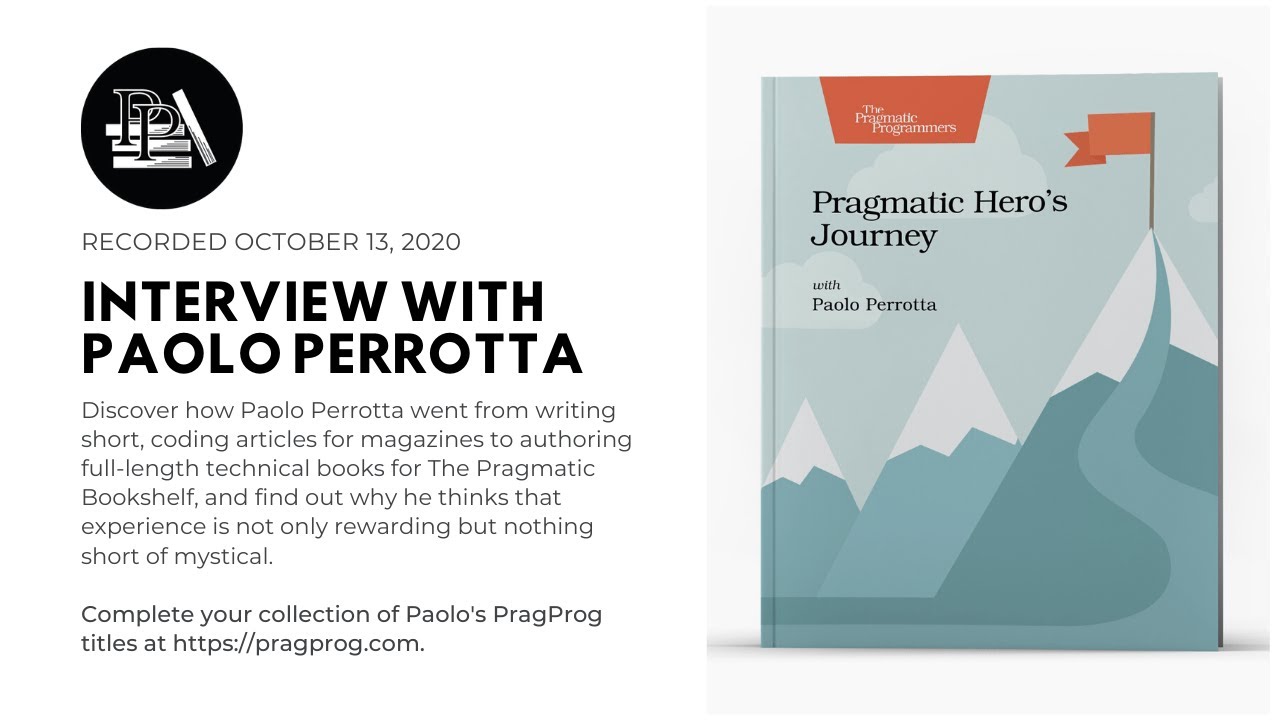 We’re giving away one of Paolo’s books to one lucky winner! Simply post a comment or a question in his ask me anything (AMA) below, and the Devtalk bot will randomly pick a winner at a time of the author’s choosing … then automatically update this thread with the results!

For those who prefer to read rather than listen, following are highlights from the interview.

While it may seem strange to hear coming from someone who’s accomplished so much, Paolo says he was “kind of blessed a little by not being really, really good at anything in particular.” Sure, he was a decent coder and a decent writer—mostly because he enjoyed doing it, but he wasn’t what he called “a no-brainer hire.”

Little did Paolo know, people like him—people who can both code and write—are rare and in high demand.

Paolo stepped into the role of author/programmer after responding to a forum post he found on the internet. The poster wanted to know if anyone knew a programmer who could write magazine articles about coding. Paolo, who was a freelancer at the time, certainly fit that profile.

This unassuming internet exchange set into motion Paolo’s journey to becoming an author.

After a few years of writing technical articles for print magazines, Paolo started thinking about writing a book. In his mind, if one article has enough content to fill three pages, then 100 articles could surely fill an entire book. He would later discover that writing a book was so much more than simply creating additional content, but, at the time, Paolo was blissfully unaware.

Paolo admits that his first book, Metaprogramming Ruby 2: Program Like the Ruby Pros, was a “pretty reckless” choice since he hadn’t considered all that goes into writing a book; but that didn’t stop him. He’d been reading about the topic on various blogs, and he liked the subject, so he wanted to write a book about it … but not just any book.

But did Paolo really know enough about metaprogramming in Ruby to actually write a book?

As it turns out, he did … even if he had to do some research and take deeper dives into the topic before he felt fully ready to teach it. And that’s when Paolo made an interesting discovery.

Many of the techniques Paolo wanted to use didn’t have a name—a pattern-like description that people in the industry agreed upon and were using. Faced with this inconsistency, Paolo came up with the names on his own, an overly ambitious task for a first-time author.

In the end, Paolo’s ambition paid off. There wasn’t anything else like his book on the market, and it filled a much-needed void.

Although Paolo currently has no plans to write another book, he says the experience of writing two books with the Pragmatic Bookshelf led to some exciting adventures in his career, such as being a public speaker and world traveler.

But what Paolo enjoyed the most was working with a group of individuals who believed in fairness and partnership—and a company that understood how to build a toolset for programmers who like to write.

Now that you know his story, complete your collection of Paolo’s PragProg titles today! Don’t forget you can get 35% off with the coupon code devtalk.com!

We’re now opening up the thread for your questions! Ask Paolo anything! Please keep it clean and don’t forget by participating you automatically enter the competition to win one of Paolo’s ebooks!!

It was a joy to give this interview and reminisce about my first experience with the Pragmatic Bookshelf!

Everybody: if you’re thinking about becoming a Pragmatic Bookshelf author, or you have any other questions–don’t hesitate to ask.

Oooooo it’s been so long since I read it that I forgot it was you who wrote Metaporgramming Ruby - I loved that book - thank you for writing it Paolo!

Here’s what I wrote in my review:

Metaprogramming Ruby is exceptionally well written, and I love the style the authors have adopted for this book. You follow the journey of a junior Ruby programmer who’s just started a new job, and gets paired up with a far more experienced Rubyist. This makes for a great backdrop to slip in questions and answers at all the right moments – genius!

Metaprogramming Ruby is an essential purchase, because it goes deep into some of Ruby’s coolest tricks, and although some of the other books cover Metaprogramming too, this one concentrates on it from start to finish – and when it comes to metagprogramming, a little goes a long way

I really liked the format and I don’t think I’ve read another book with a similar format since - you should definitely write more in that style Paolo!

(And if it’s about Elixir, Erlang, Rust and maybe even Swift) I will be your first customer

Thank you, AstonJ! I think I’d read your review back then as well–but like you say, it’s been a long time.

Some people loved the style of that book, and some… didn’t. I had to tone down the “story” a little for the second edition, because not everybody liked the character of Bill. Truth be told, he was meant to represent the typical slightly obnoxious teammate. To be honest, it’s probably how I used to see myself at the time.

I want a book! I enjoyed Paolo’s class at Pluralsight and didn’t know he is a writer, an author. I’m also writing (a mystery novel ) + changing career to become a webdeveloper. Looking forward for more classes from Paolo, he is one of my fav teachers. Love his voice.

Ahah, thank you, @Paparazzigirl3! And best wishes for your book and your new career.

Hi Nusco. I envy people able to find the time and energy to write a book. Especially when the results are good, as in your case. Someday, maybe, I’ll try. In case, I’ll ask you some hints.

@rgiordani I’d be happy to answer questions about writing a book too. I’m the author relations coordinator at The Pragmatic Bookshelf.

@Margaret Thank you very much!