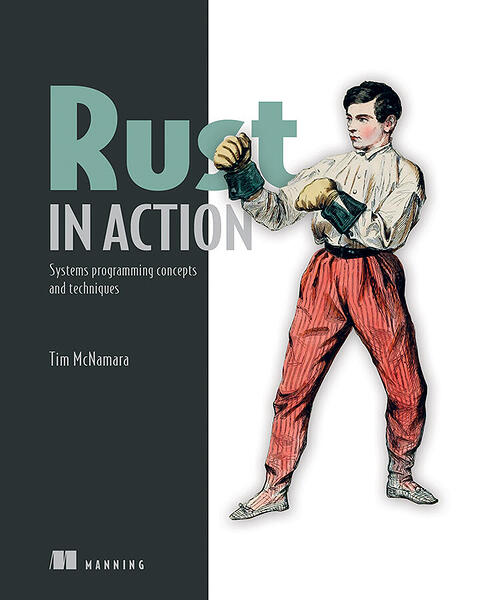 You’ll find yourself playing with persistent storage, memory, networking and even tinkering with CPU instructions. The book takes you through using Rust to extend other applications and teaches you tricks to write blindingly fast code.

You’ll also discover parallel and concurrent programming. Filled to the brim with real-life use cases and scenarios, you’ll go beyond the Rust syntax and see what Rust has to offer in real-world use cases.

Don’t forget you can get 35% off with your Devtalk discount! Just use the coupon code “devtalk.com” at checkout

This is definitely one of the Rust books I want to read one day!

Got this one, it is pretty good!!

Thanks for all of the positive words @AstonJ @Maartz

. I’m really delighted that it has finally been released. From the very positive reviews that it’s already received, it’s clear that its project-based approach is beneficial to many learners.

As usual, I’ll be looking into buying this when its physical version is finalized (and if it can at all be delivered to Eastern Europe). Would really love getting it!

I very like project-based approach. This approach clearly demonstrates to the reader his progress, motivates him to continue studying the topic and, like a favorite TV series, carries away reading from studying the book further.

My question, as a reader, to you, Tim. On the pages of your book, you have implemented several projects. Which one caused you the most difficulty in implementing it, and why?

As usual, I’ll be looking into buying this when its physical version is finalized (and if it can at all be delivered to Eastern Europe). Would really love getting it!

It’s finished and ready to ship now. Buying Rust in Action it from the publisher is fastest. Amazon and other distributors do not yet have it in stock.

Good question! It is not a 700 page book covering the entire language. Expect light treatment of macros, async and higher-order programming. I spend a lot of time teaching low-level programming though, because I expect that most readers are least familiar with that.

Rust in Action is designed for people who like to learn with practical projects and who want to learn what “systems programming” is. I provide a fuller introduction in this Reddit thread. I recommend searching on Twitter for “rust in action” to see readers’ comments.

My question, as a reader, to you, Tim. On the pages of your book, you have implemented several projects. Which one caused you the most difficulty in implementing it, and why?

I think the database-from-scratch example was the most difficult. But only because I re-wrote the chapter multiple times. I originally wanted to provide a much richer database with a full query language, but ultimately pulled back because there was not enough space in the book. One of my drafts for the chapter was 90 pages long,.

From a different perspective, it was somewhat difficult to go back to my earlier examples. I became a much better Rust programmer as I wrote the book. And I kept fighting the urge to re-write what I had already written.

Thank you for so quick answers @timClicks!

Have you used these techniques in each projects of the book (were they needed everywhere)?

One of the advantages of Rust is that the techniques you learn for single-threaded programming map perfectly to the multi-threaded case also. You cannot have two scopes with write access to data anywhere in your program, even across thread boundaries.

I really liked it and plan to read it again at some point.

A Japanese edition of Rust in Action, entitled 詳解Rustプログラミング, has been released

. It is available from the publisher, Amazon.jp and other retailers:

Rust in Action is also now available as an audio book! You can purchase it via @ManningBooks, Audible and O’Reilly’s Online Learning system: 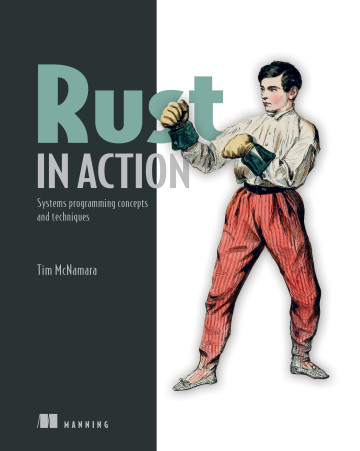 Rust in Action introduces the Rust programming language by exploring numerous systems programming concepts and techniques. You'll be learning Rust by delving into how computers work under the hood. You'll find yourself playing with persistent... 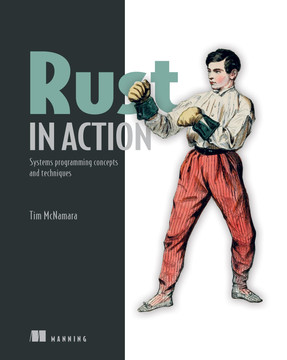 Rust in Action is a hands-on guide to systems programming with Rust. Written for inquisitive programmers, it presents real-world use cases that go far beyond syntax and structure. You’ll explore … - Selection from Rust in Action [Book]

A video edition is available for O’Reilly’s Online Learning subscribers: 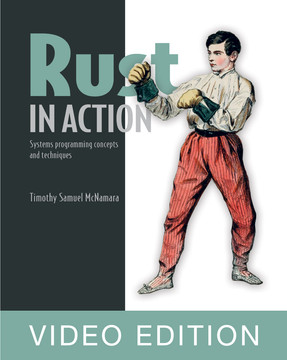 This well-written book will help you make the most of what Rust has to offer. Ramnivas Laddad, author of AspectJ in Action Rust in Action introduces the Rust programming language … - Selection from Rust in Action, video edition [Video]

A video edition is available for O’Reilly’s Online Learning subscribers:

Oo that looks interesting Tim! In fact it’s an idea I have put to @Dave a few times

Sorry to disappoint you! Video editions for Manning books are not something like a hands-on course. It’s just a page or a paragraph from the book being read to you.

Ah that’s a shame, I thought it might be like a course based on the book - maybe they will start moving towards that direction soon

maybe they will start moving towards that direction soon

I hope they do that soon.

we have this course if you are interested: Rust in Motion