@dev_talk
It's not what programming languages do, it's what they shepherd you to forum.devtalk.com/t/35587 #devtalk

And this is why languages like Haskell and Rust are good languages, especially to learn from, because they “shepherd” the programmer to doing things correctly.

Which one of the Rust, OCaml and Haskell do you like the most?

For learning, hmm… Haskell is great for a lot of the concepts it gives you, but Rust has a lot of them as well (though not all), however the Rust ability to actually teach you good ownership models is one of the most valuable things that you could learn in any language, that combined with its great error message probably means I’d pick Rust as the best to learn of all of those.

As for what I actually “like” best, well “that depends” on what I’m doing, lol. OCaml I most like as, say, a python replacement, I’d never pick python over ocaml unless I need a specific library, OCaml is fantastic for whipping stuff up. Rust for most else. Haskell is more of a fun thing but doesn’t really gain much in terms of productivity over OCaml or Rust.

When I was younger I would have definitely preferred a language that lets you do what you want (like C, C++ or Python) instead of one that shepherd you on what you can do. Now I would say that a stricter language like Rust or definitely better especially for team work and large code bases in general.

Rust for most else

Ah, this is enough for me to motivate myself to learn Rust.

Same. I struggled with C++ and Java when I started coding but really found my stride with dynamic languages, namely Python and Ruby.

OCaml, it’s about as succinct as python, compiles even faster than Go, and is as strongly typed as haskell (though no monads or typeclasses or so, it has more compilation friendly variants of such things, it’s a workhorse language, not an academic language), has a repl and interpreter or can compile to native code on par with C in speed with no external runtime needed at all, is also wonderfully easy to bind to external C API libraries too! Plus, it ‘had’ a GIL like python so concurrency was python-like, but now multicore is finally landing so that restriction is gone and it now has what I say is the utterly most fascinating concurrency primitives that I’ve seen in any language anywhere! ^.^

But still, learning ownership is incredibly important, no matter your language, and OCaml can still bite you with ownership bugs 99% of the time as with most languages. ^.^;

This might be a bit off-topic for this thread, but I hear people (well ODL mostly!) really like OCaml but I wonder why it’s never really ‘taken off’ or become more mainstream? What do you think it is lacking or what is preventing that? (Maybe we need a dedicated thread for that

It’s pretty well taken off long ago actually. Big companies from Jane Street to Facebook have a substantial part of their tooling made in it to a surprising number of programming language’s first compiler are written in it (like Rust, lol). It’s far more active than you’d think, it’s one of those quiet giants, like erlang (though even bigger and far more used than erlang).

even bigger and far more used than erlang

Wow! I was also thinking like @AstonJ. I’m happy that I was wrong.

Once I said this about web technologies, and now I have the same feeling about programming languages. 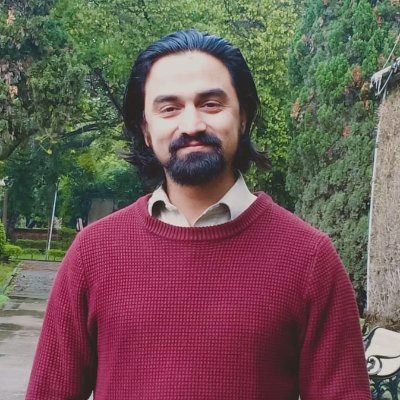 @DevotionGeo
Life is too short and web technologies are too many! #webdevelopment#webdeveloper
2 Likes
OvermindDL1 18 April 2022 15:10 #14

and now I have the same feeling about programming languages

How do you think I’ve been able to keep up with my goal of learning well (to at least an advanced level) at least 3 programming languages a year for 30 years now, there’s a LOT of language, lol.

How many languages do you know now ODL? I don’t think I know anyone who knows as many as you

Uhhh, too many, most are a blur since I learned them, absorbed the interesting useful bits to apply elsewhere, and then merged them into the blurry whole of “know but don’t use” sets of things, lol.

3 programming languages a year for 30

Wow! So many languages.

What is your method of learning a language to advance level so quickly? How do you recommend tackling this task today?

What is your method of learning a language to advance level so quickly?

Honestly, once you know a good set of combinations then picking up any other is generally as simple as learning syntax as most languages don’t add anything new (to be blunt and honest).

How do you recommend tackling this task today?

One of my go-to things is writing a compiler, I generally like to make some hindley-milner typed language as it exercises a ton of the language features!

But most often I just write a lot of tools in it.

I’d really recommend only learning no more than 1 or so really “foundational” language a year, such a language being one that introduces very large new concepts for you, common examples being:

No doubt missing others, lol.

Thank you for the detailed and valuable reply!

at least 3 programming languages a year

My brain melts. Takes a strong will to be committed and consistent.

Eh, there’s not a lot of differences between languages once you learn a basic set of things and patterns that are fairly universal, at that point it’s mainly just learning syntax and tools, which doesn’t take long.